Join us for our first meeting of 2019 with the wonderful ladies from NU Wardrobe who will chat to us about how to find affordable alternatives to fast fashion and will also demonstrate how to upcycle your wardrobe using embroidery techniques!

The NU Wardrobe is a female-led startup that is dedicated to providing alternatives to fast-fashion that are affordable and accessible no matter what your budget.

Founded by Aisling Bryne and Ali Kelly the NU Wardrobe mission is to enjoy fashion whilst reducing waste. We do this by sharing clothes instead of buying.

The meeting will be £6 to attend or it will be £42 to become a member of Dalston Darlings for the year!

We look forward to seeing you there and putting sustainable feet forward into 2019!

Christmas is fastly approaching! To celebrate the festive period we have a crafty treat. Come along and make festive snow globes (materials provided).

We will also be having a Christmas raffle and games, enjoy some cheese and snacks!

whilst creating!
We look forward to seeing you there!!

Christmas has in fact come early as for our November meeting we will be meeting at the wonderful Yield N16 Wine Shop which specialises in natural and organic wines.

During our evening at Yield we will get the opportunity to sample 3 wines that have been especially selected for us and the team at Yield N16 will also be talking us through how to select the perfect wines to compliment our Christmas festivities!

As usual this meeting is completely FREE for our members and £5 on the night for non-members! We will also be entitled to 10% off any wine purchased during the tasting event.

See you there,
DDS x

Join us on Wednesday, October 3rd as we host Beth Camilleri! Beth is the owner and proprietor of one of the best lash and beauty studios in London, the London Dolls. Unfulfilled from a career in finance, Beth was always interested in all things beauty…. Beth took the bold step to leave behind her finance career and set up a lash business in a small studio in Netil House. As the salon (and Beth) grew in reputation she soon outgrew the 2 bed salon in Netil House and in February of this year Beth celebrated opening her first full size lash and beauty salon on Mare St in London Fields.

We’ll be talking about career changes, building your own business from the ground up and of course, all things beauty.

See you there Darlings x

Our September meeting will see the East London Strippers Collective descend to the Haggerston for our monthly meeting! Stacey Clare is a stripper, performance artist, writer, activist, Buddhist, care worker, and co-founding member of the East London Strippers Collective. She grew up in northern England and began working as a stripper aged 22 in Scotland, while on a gap year from her Fine Art degree at Glasgow School of Art.

The first club she worked in taught her that a strip club could be run respectfully and that stripping could be empowering, so long as the conditions were right. It wasn’t long before she encountered conditions within the industry that were not empowering. She has worked all over the UK, Paris and Australia, and for her longest stint she danced at The White Horse, in Shoreditch, London, a family business run for 38 years.

Stacey helped to found the East London Strippers Collective as a concerted effort to unite dancers around common grievances about their own industry, including the poor representation of strippers in public and the media. She gave a TedX Talk in 2015, “The Ethical Stripper” discussing her concerns. Her book builds on her thesis.

She lives in London and shares her time between running a life drawing class (with strippers as models), theatre projects, working part-time in care, activism and writing.

We are very excited to have Stacey come and share her thoughts and learnings on such an important topic for women!

We look forward to seeing you on the 5th September at the Haggerston. As usual it is £5 for non-members and free for members!

For our August meeting we will be having an evening picnic, some games, and of course a few drinks! It is our August social and as such feel free to bring any friends for free!

Games and blankets will be provided, just bring your choice of tipple or picnic snack (Cheese?) to join in! We will be positioned near The Pub in the Park (in case it rains) and will have our Dalston Darling Banner on full display! If anyone has problems finding us on the night do message on here!

Look forward to seeing you there, 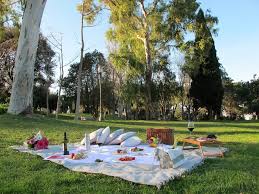 Due to Football Fever sweeping the nation we have changed our meeting to a World Cup Football Social! Join the Dalston Darlings in The Victoria Pub (5 mins from Dalston Junction Station) to watch England vs Croatia in the Semi-Finals of the World Cup! As it is a social event it will be free of charge for members and non-members so bring your pals!

We will be there from around 6.30pm! Look forward to seeing you there

Do you have a tired toaster, a lazy laptop, a vacant vacuum or morbid mixers? Then our June meeting is one for you! We’re really excited to be welcoming the fabulous Hackney Fixers.

Hackney Fixers is all about sustainabiltiy and aims to promote repair in Hackney as an alternative to growing mountains of waste and consumption. At our meeting, we’ll be joined by two of their electrical repair experts.

So don’t give up on that poorly printer – bring it along on 6th June and the Hackney Fixers will help us to take them apart and learn how to fix them.

Hope to see you there! Duke of Wellington, London N1 4BL

It’s that time of year again! Come and join us to vote in new Committee members – once the admin’s out of the way we can all relax with a glass of vin rouge and the sampling of some tasty tapas!

We will present a roundup of our events in the last 12 months as well as a financial report; 2017 was a super year for us with lots of amazing speakers and events!

It’s also where we elect our officers and committee for the year ahead. All fully paid members are entitled to vote. You can join as a member on the night.

We are looking for a 1 or 2 people to join the Committee in 2018 as a general comittee member – so do let us know if you would be interested in getting involved!

The AGM is also an opportunity to speak in general about ideas for guest speakers, sub-groups and future events and socials. We need your ideas – it’s your meeting too.

We’d love to see members and non-members alike – although only the members can vote in new Committee members. If you’d like to join the Committee then please do get in touch.

The evening will be hosted by one of London’s finest drag performers so dust your bingo dabbers off and get ready to win some exciting prizes…shante you stay!

Our AGM is free to attend for non members as its a social, but meetings after this are £5 (you can attend up to 2 meetings a year without full membership) and full membership for the year is £36!

For April we wanted to celebrate female sporting excellence and who better than our own local footballing superstars?!

Members of Arsenal Ladies will be coming over to Emirates to share their stories of making it in the footballing world.

More details to be released closer to the event, but we hope you can join us for a sporty Springtime session on all things Arsenal xx

The Haggerston Pub
438 Kingsland Rd, London
E8 4AA
We meet on the 1st Wednesday of every month from 7pm! 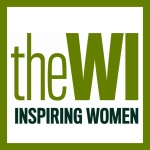 Find out more about becoming a member here!